Global E-passport market is estimated to reach US$ 80 Bn by the end of 2027. The market is expected to register a CAGR of more than 22% over the forecast period. The market is driven by increasing number of international travellers and government looking for more secure solutions to be able to manage large volumes efficiently. Additionally, need of advanced security of the travelling passengers is estimated to have positive impact on the market. More than 130 countries across the globe have already implemented e-passports.

Adoption of Internet of Things (IoT) has increased at a significant rate during the last decade across the world due to availability of better connectivity and advancements in the technology. Rapid technological developments and internet penetration along with availability of better connectivity options has resulted in infrastructural development approach new ear of pervasive computing. Thus, usage of chips, sensor, RFID tags in the passport is estimated to have a positive impact on the market.

Number of illegal immigrants and people with multiple identities and passports is increasing. To curb the crimes and the number of illegal immigrants need of a strong passport is very crucial. Countries such as Japan, Singapore, South Korea, Germany, Spain, Finland, Italy & Luxembourg are some of the countries with strongest passport. People travelling with fake identities has also been a major concern, hence, digitization of biometric and travelling data is very necessary. The U.S. alone has more than 10 million unauthorized population majorly travelled from Mexico, India, El Salvador, and Guatemala.

Giving increased assurance about the bearer’s identity, aiding to combat creation of fraudulent documents and ID theft. Facilitating a more efficient border-crossing process. Using cryptographic data protection for confidentiality and to data integrity. Additionally, government of several countries are implementing stringent regulations and policies for the allocation of VISA for the countries with weak passport. Thus, all the countries are now making efforts to fit the international standards. This, in turn is estimated to escalate the adoption of e-passports thus driving the market towards growth trajectories.

Government of various governments have increased IT spending under the public welfare and CRM processes. Governments across the world are striving to provide digital solutions to the citizens for ease and easier management of data. Comprehensive eGovernment infrastructure is practised across the world. Every country has unique passport solution requirements based on many factors, including but not limited to threat level, existing data availability, infrastructure and volume needs Data management of the travellers can be achieved with the digitization of the travel system.  Guidelines stated by ICAO restrict the countries should be Machine-Readable Passport (MRP) compliant as a minimum standard, ensuring global document interoperability.

As of 2020, North America & Europe dominates the share of global e-passport market in terms of revenue and volume. Due to technological awareness and presence of major e-passport manufacturers in the region. The IT spending of the government of The U.S., Germany, Spain, France, Canada in public welfare and improvement in the travel infrastructure is estimated to have a positive impact on the market. However, Asia Pacific is estimated to overpass both the regions and become leader by the end of forecast period. High population of major economies of Asia Pacific such as India & China is the major cause of the region to dominate the market.

Major competitors in the E-passport market include Gemalto, HID Global, IAI Industrial Systems, Infineon Technologies AG, Cognitec Systems, Dermalog, Access IS, Cognitec Systems, Cryptovision, Dealer Management System. The current market has oligopoly nature but is shifting towards monopolistic as the tech giants are strategizing for mergers and collaborations to sustain the competitive nature of the market.

The Global E-passport Market is segmented into following categories. 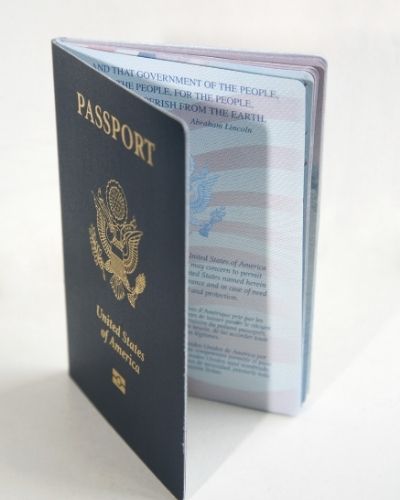 Network as a Service Market