Isopropyl alcohol (IPA) is a chemical with strong odor. It is one of the simplest secondary alcohol with applications in diversified fields. The typical methods of IPA production are indirect or direct hydration, and hydrogenation of acetone. IPA has excellent solvency, due to which it is being exploited as one of the major solvents in various industries. It is the chemical of choice for industries dealing with water sensitive products owing to the rapid evaporation property of IPA. This secondary alcohol has users from medical sector as well. Disinfectant property allows it to be used in pharmaceutics, hospitals, cleanrooms, medical device manufacturing and other applications.

The breakdown of pandemic greatly fueled the market of Isopropyl alcohol (IPA), as the chemical can be used for microbial protein denaturation. 60-80% concentration can be used to prevent the spread of viruses. IPA is extensively sprayed on surfaces and materials are wiped with it in order to disinfect the surfaces. This upsurge in demand has greatly expanded the market and is expected to grow at annual rate of more than 3 per cent by the end of forecast period.

State of affairs in the market

The demand of IPA from medical sector has seen a considerable elevation in recent past. In the US, this demand is owed to the presence of major pharma companies such as Pfizer, Johnson & Johnson, Abbott and Merck. Presence of advanced downstream processing facilities has further aided the market growth. IPA is considered as universal cleaner and is widely used due to its affordable price. This cleaning agent has also become standard in electronic industry as it is able to remove ionic contamination.

Among major factors driving the market ahead, include the high demand of cosmetic and personal care products. IPA is being used in cosmetics for purity and odor after it received approval from the U.S. Cosmetic Ingredient Review Expert Panel (CIR) in 2012. It is a natural astringent which aids in pore tightening.

The chemical also has multiple antimicrobial properties, and a mixture of 60% to 90% of the chemical with 10% to 40% purified water can actively work against several viruses, bacteria, and other microbes. It can be used to prevent infection in minor cuts and can be rubbed in case of minor muscular pain. The increasing medical applications has predominantly propelled the growth of market in developed as well as developing regions spending for betterment of healthcare infrastructure.

A close look of market based on segments detailed below allows readers to identify multiple growth pockets across applications and areas which pose higher competition.

The drivers discussed above, along with affordability and availability of the chemical, provides lucrative opportunity for growth of isopropyl alcohol business. On the flip side, there are alternative ways for production of acetone which puts a major restriction on the smooth market growth. Moreover, the rapidly increasing demand of the chemical leads to shortage of supply. This is also a constraint in the industry and players are looking forward to strategize the production so that they can maintain balance between supply and demand sides.

The rising demand of chemicals from various end-user industries round the globe has made the chemical industry to hold the maximum share in the market. By application, antiseptic and astringent segment dominated the market in 2019 and expected to retain its position as the pandemic has considerably increased the consumption of sanitizers and other personal care and pharmaceutical products. Among the various grades, pharmaceutical grade IPA have considerable share in the market owing to its disinfectant property.

Regional analysis of the market highlighted that Asia Pacific has maximum share of the market due to huge demand from populated regions including China and India. Adds to this is demand from Europe region, which has recorded heavy consumption of personal care and hygiene related products due to which it holds quite a bit of market share. However, depending upon recent industry trends, Asia Pacific is likely to grow well in the forecast years.

The growth of any industry largely depends upon the balance between product quality, brand name and pricing strategy. Several key players involved in the market are working all time to maintain their position among known names which include Dow Chemical, Ecolab, INEOS Corporation, Mistral Industrial Chemicals, LyondellBasell Industries, Linde Gas, Royal Dutch Shell, ExxonMobil Corporation, ReAgent Chemicals Ltd.  and others. 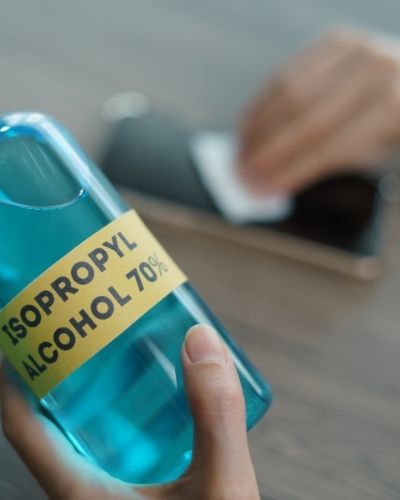