The Global Hydrogen Market report illustrates a detailed picture of the hydrogen industry for the forecast period 2021-2027. The market is forecast to record a revenue of US$ 286,789.2 million by the end of the year 2027 with a CAGR of 6.6% during the forecast period. In terms of volume, the global market is estimated to record production of 99,863.7 tons by 2027- a growth of 32,190 tons from the year 2020. The report presents a detailed analysis of the global hydrogen market across 23 chapters, totaling 429 pages, with 130 data tables and 167 statistical figures.

As global economies aim to become carbon neutral, competitive hydrogen produced with renewables has emerged as a key component of the energy mix. Countries like Uruguay and Finland are using green hydrogen as a renewable energy source to become carbon neutral by 2030. Many companies are looking for ammonia-powered fuel cells that increase the demand for Hydrogen. In 2020, Ammonia production generated a revenue of US$ 102,278.2 million in the global hydrogen market which is the highest among all other applications.

The report by Astute Analytica gives an overview of the market segmentation for hydrogen by technology, application, delivery mode, and region. Several market players have been profiled in the report with the purpose of providing an understanding of operations across the Global Hydrogen Market.

Hydrogen is the lightest element that has intrinsic properties like tasteless, odorless, colorless. As a solution to climate change, hydrogen is attracting a lot of attention and investment. There is an extensive research and development trend towards improving hydrogen production and technologies with lower-cost solutions. Companies like Air Liquide International S.A and Linde plc are investing heavily in the research and development of the hydrogen market.

An efficient delivery network and infrastructure of hydrogen supply and storage mean that hydrogen is delivered from where it is produced to the point of end-use. The report provides an insight into the hydrogen industry by covering analysis on different sources of hydrogen production and their respective costs and emission of greenhouse gas. Green hydrogen is the cleanest type of hydrogen produced but it is 2 to 3 times more expensive than any other alternatives. Among all the types of thermal process and electrolytic processes used for the production of hydrogen, coal gasification is the cheapest source with a cost of US$ 2.08 per ton, but Steam Methane Reforming holds the highest market share and generated a revenue of US$ 88,135.1 million in the year 2020. PEM is the most emerging process and growing at a CAGR of 9.5% but it is the most expensive with a cost ranging more than US$ 7 per ton.

The report includes a detailed analysis of the market and explains various factors like drivers and opportunities to better understand how companies can capture large market share. Solar and wind energy can run Electrolyzer that converts water into clean hydrogen. The high availability and lower cost of these sources of energy drive the demand for cleaner hydrogen. This makes electrolysis the most promising hydrogen production method with a CAGR of 9.3%. Hydrogen-powered fuel cells are being used in the automotive industry due to their high efficiency and being a zero-emission source of energy for electrical vehicles.

An overview of different ways of storing hydrogen is also covered in the report. Hydrogen can be stored by compressing it using high pressure, converting it into liquid form, using LOHC that stores hydrogen through a chemical reaction, or using Metal-Organic Frameworks. The cost associated with these ways of storage ranges from US$ 0.23 to $4.57 per kg depending on volume and cycling time. Liquid hydrogen is the most expensive way of storing hydrogen with the cost of US$ 4.57 per kg and a cycling time of days or weeks, but it is expected to have lower costs in the near future.

A vast comparison of current and future demand is also included in the report with the purpose of showing the readers the potential in the hydrogen market and the opportunities that lie within the market. The demand for Hydrogen is likely to rise more than 100 million tons by 2050 as compared to the 2020 levels. The analysis of the future demand for hydrogen in different industries shows that by 2070, transport will have the highest demand of more than 150 million tons.

In the company profile section, some of the major players in the market have been identified. Details covered about these players include Business Overview, Strategic outlook, Product Portfolio, Outline on Company’s Financials and Recent Developments of the company. The cumulative market share of the four major players is close to 48.8%, hence there is Oligopoly Nature in the market. Some of the major market players are Air Products and Chemicals, Inc, Hydrogenics, NEL Hydrogen, Showa Denko, Iwatani CO, Messer Group GmbH, Teledyne Technologies Inc, Claind, Cummins, HyTech Power, Inox, ITM Power, PowerTap, Weldstar, Inc., Uniper, etc.

Regional Analysis of the Hydrogen Market

This report gives insights into prospective global opportunities in the global hydrogen market.

Insights in the segmentation of the global Hydrogen market

The report market segment includes market size analysis based on revenue and volume in numerous categories. The market for Hydrogen is segmented based upon Technology, Application, Delivery Mode, and Region.

Hydrogen has importance in lower emission and cleaner environmental practices. It is also a leading transportation fuel.

The pandemic resulted in curbs on Investment and slowdown of expansion of clean energy. However, global commitment towards mitigating climate change will lead to greater adoption of hydrogen and will boost the market growth further in the coming years.

Hydrogen is used as a reagent in many industrial sectors, including chemicals, textile fibre, manufacturing, glass, electronics, and metallurgy. Hydrogen-powered fuel cells are being used in the automotive industry for their lower emission producing properties.

Asia Pacific dominates the global hydrogen market with a total share of 71% in the year 2020.

The hydrogen market has huge future potential with estimated demand of 183.2 Mn tons by the year 2050.

Currently, Grey Hydrogen is the cheapest among all of these with cost of less than US $1 to US $2/kg. Although Blue and Green Hydrogen are more efficient, their cost, technology, and infrastructure constraints their market share and demand. 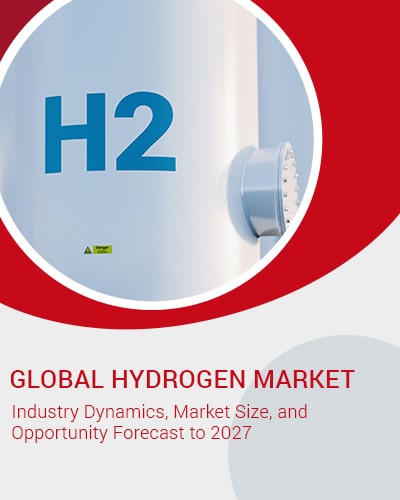