Peripheral neuropathy itself includes a collection of several types with diverse signs and symptoms. It results due to malfunctioning of the nerves ending up into severe damage, which further leads to inappropriate signaling to various parts of the body. The commonest type of neuropathy is Diabetic neuropathy, its prevalence is estimated between 6% and 51% among adults with diabetes depending on age, duration of diabetes, glucose control, etc. According to University of Chicago’s Center for Peripheral Neuropathy (UCCPN), approximately 60% of people with diabetes have some sort of nerve damage. Thus, rising cases of chronic diseases has aided in growth of the market.

On an average, the prevalence of peripheral neuropathy among adults with diabetes in the United States is nearly 28%. While, in context of Japan population-based epidemiological survey with more than 5,000 respondents led to a neuropathic pain prevalence of 3.2%. Also, rapidly growing geriatric and obese population across the world are at high risk for developing peripheral neuropathy.

It has been observed that geriatric and obese population largely propels the global market demand of peripheral neuropathy. Also, the rising awareness among people about peripheral neuropathy supports the growth of market round the globe. There are few prescription drugs available for neuropathic pain, thus market greatly depends upon the sales of off-label prescription.

There exists complexity in the drug target identification due to pharmaceutical sector has been going through a lot of burden in order to improvise the currently available therapeutic options. Lately, there has been a shift in the market towards the adoption of transdermal therapies for neuropathic pain. The market can be segmented on the following basis:

Other factors contributing to the growth of the market include growing cases of nerve pain or trauma from injury leading to nerve damage. Also, increasing penetration by existing and emerging market players has a great impact on the market size. Moreover, the attempts by government and non-governmental organizations to increase healthcare research expenditure has fueled the growth. However, the diagnosis and treatment of peripheral neuropathy is quite complex and has high cost which might hinder its demand in the market.

Among various types, Diabetic Peripheral Neuropathy holds maximum share in the market owing to the growing prevalence of diabetes. As of now, the medications dominate the treatment paradigm. Though, there is no definitive cure available till date for the neuropathic pain, however, treatment slows down progression, relieves pain and manages complications to some extent. The availability of advanced facilities and healthcare expertise make hospitals the largest segment among the end users the market.

The global market for peripheral neuropathy treatment is dominated by North America due to rising number of diabetic patients and large obese population. Also, initiatives taken by the federal government accounted for the market growth in the region. Europe also hold a considerable share owing to its large geriatric population base. However, Asia-Pacific is expected to grow at highest CAGR in the forecast period as it is emerging fast due to rising market penetration.

Despite of all advances in the era of neurology, some factors still remain unaddressed such as till date there is no approved therapy available to the patients posing an unmet need. At the same time potential pipeline of the pharmaceutical industry will drive the market of peripheral neuropathy in the future. 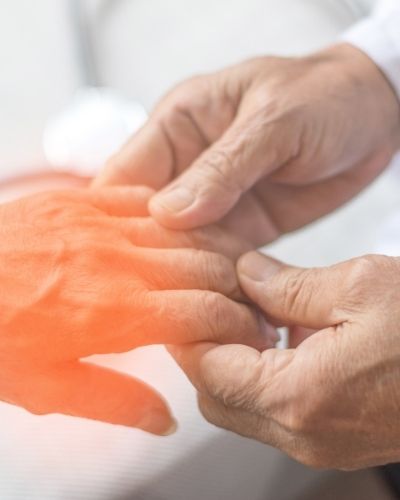