The global gene therapy market accounted for close to US$ 5.8 billion of investment in 2020 and is forecast to see growth at a compounded rate close to 24% over the period 2021-2027. The market growth is attributed to increasing in the number of companies venturing into the market. Supporting the ongoing growth, the US FDA is estimating to receive more than 200 new applications to begin cell and gene therapy every year and approving 10-20 therapies every year by 2025.

Gene therapy is characterized as the treatment of diseases that arise due to the transfer of hereditary material into cells. It is widely used to treat various medical indications such as cancer, neurological disorder, hepatological diseases, dystrophy, and several other indications. Gene therapy is majorly determined by the potential displayed by the usage of CAR T-Cell which has acquired considerable heed from various business and non-business sponsors. This aided the market to flourish via the pharmaceutical industry’s pipeline.

The rising prevalence of aforementioned indications has significantly contributed to the market traction. According to the International Agency for Research on Cancer (IARC) estimates, the indication has risen to 19.3 million cases in 2020. It also reported 10 million deaths due to cancer in the same year. Neurological disorders affect the structural, electrical, or biochemical abnormalities in the brain and entire nervous system. Epilepsy is the commonest and quite serious neurological disorder, also there are Parkinson’s, dementia, and many others. As per the World Health Organization estimations, more than fifty million people around the globe are suffering from epilepsy.

The global gene therapy market is rising with advancements in the technology of genomics and gene-editing tools. Another factor supporting the market growth is product approval and increased funding. The current lifestyle and worsening environmental conditions have increased the prevalence of lethal medical indications which results in a sharp rise in the graph of the gene therapy market which is expected to grow substantially during the forecast period also. The Gene Therapy market can be segmented on the basis of the following segments:

By Method of Delivery

The drivers along with health benefits offered by gene therapy result in the generation of hefty revenues in the market. However, high upfront costs lead to budget challenges which largely affect decision-making whether to take up the therapy or not. Thus, has a negative impact on market growth.

Cancer holds the maximum share among the various indications of the gene therapy market owing to the rising incidence of cancers and a growing number of gene therapies for treatment. By vector, the non-viral vectors segment clearly dominated the market in 2018. This dominance can be due to the rapid entry of oligonucleotide-based non-viral vectors in the market.

Developing a potential product for commercialization is an approach to minimize uncertainty and maximize growth. Several key players are involved in the development of the gene therapy market are Novartis AG, Biogen, Gilead Sciences, Inc., Sarepta Therapeutics, Inc., Amgen Inc., Neurophth Therapeutics, Inc., and others.

What competitors are doing? 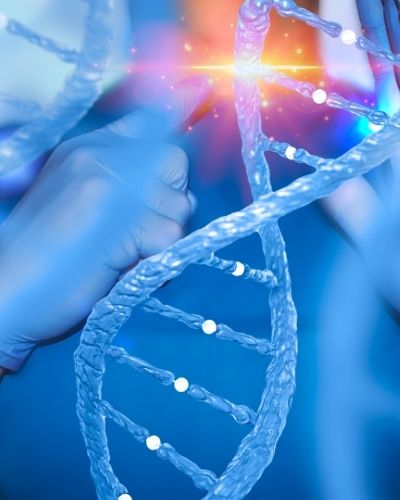